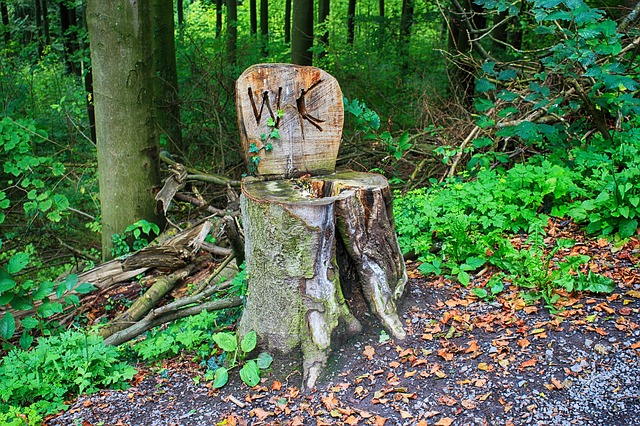 This short piece of humorous fiction was written in response to a challenge to write 1000 words using the prompt ‘Desperate measures’ I suspect Glenda and Teddy may feature in other stories now they have burst into life.

Clearly Glenda was home. Teddy flicked the kettle on before heading into the hallway to help his wife. His heart warmed in harmony with the boiling water at the sight that greeted him. His two-year-old granddaughter, warm as toast beneath a daffodil yellow blanket, held out her arms to him. Her smile was brighter than the blanket as he lifted her from the buggy.

Glenda kissed his cheek as she bustled past him to the kitchen, a full shopping bag in one hand and the local freebie newspaper in the other.

“What’s unbelievable?” he asked, as he trailed behind her with Mia.

“This!” She slapped the paper onto the kitchen table, and then set about putting groceries into cupboards. “Of all the stupidest ideas, that is the stupidest.”

Mia squirmed in Teddy’s arms eager to attack the toy box in the lounge. He set her on her feet and then glanced down at the paper. The front page headline was typically dramatic.

Ah, the excitement of small town life. He took a moment to be grateful that something relatively trivial was the big news story of the week. It was definitely preferable to the stories of murder, rape and armed robbery that the city papers carried on a regular basis.

“After all those letters and phone calls.” Glenda banged a tin of baked beans onto a shelf. “I can’t believe they didn’t listen to us.”

Teddy busied himself making tea. “I know it’s disappointing, darling, but they have to save money somewhere.”

“Don’t defend them.” She rounded on him, the half baguette in her hand suddenly sword-like. “Doug Welton may be a drinking buddie of yours but he’s let us down. They all have.” She glowered at him. “It’s alright for you lot. Get caught short and you can just pee in a quiet corner somewhere. But what about us women? What if Mia needs to go? I can’t be dragging her into the Fox and Hounds every time she needs to tinkle, and the coffee shop makes it very clear their toilet is for customers only.”

She slapped the bread onto a wooden board, added a wedge of fresh Brie and set it on the table.

“This fight isn’t over.” She fixed Teddy with a determined gaze.

“What are you planning?” Steam rose from the mug he offered her, the tea as hot as her temper.

“A very public inconvenience,” she said, clinking her mug against his in celebration of her newly formed idea.

Her conspiratorial smile told him that any hope of a quiet life was gone.

Teddy didn’t know whether pride or embarrassment was his strongest emotion as he read the headline on the front page of the local newspaper two months later.

Yes, he was really proud of Glenda. It was no easy feat to bring an entire town to a standstill with a protest about the closure of the public toilets. In a very short period of time, she had gathered more than two hundred women to her cause. Plus she had talked a local bathroom supplies company into supporting the protest. That, he had to admit, was a stroke of genius. For three hours traffic could not pass through the town. As Glenda had threatened, Lower Wappington had been very publically inconvenienced. In fact one could even say it had suffered a bad case of constipation.

However, he couldn’t deny feeling embarrassment at the photograph of his wife sitting on a ceramic toilet in the middle of the high street with a pair of knickers around her ankles. It helped a little bit to know that the knickers were a spare pair just for effect. It also helped that she wasn’t alone. The entire road was filled with women sitting on toilets, many of them with toddlers sitting on plastic potties next to them. Glenda had wanted to create a stir, and she had certainly done so. The bathroom company was clearly delighted as their logo was splashed on every spare inch of porcelain.

Doug Welton had been furious when confronted with the sit-down protest early one Friday morning. He’d stormed out of the town hall and ordered the women to end their blockade of the road immediately. When they refused, he’d spotted Teddy in the coffee shop and accosted him.

“Your wife is making us a laughing stock,” he thundered. “And local businesses are losing money!”

“But surely there is no such thing a bad publicity,” Teddy responded mildly as he paid for two cups of take-away tea.

“Well that’s where you’re wrong. We could all end up down the pan with publicity like this.”

“That’s not funny!” Doug had stalked off, threatening to have everyone arrested.

Teddy’s attention was drawn from the newspaper by the sound of a key in the front door. He flicked on the kettle and busied himself making fresh tea. Moments later Glenda stepped into the kitchen. She looked like a cat who had not only got the cream, but knew where to find an unending supply.

“Yes! We won.” She sat down heavily, weariness erasing her smile. “It was a long meeting, but the town council agreed a U-turn. The public toilets will re-open first thing on Monday.”

“Well done, my darling.” Teddy passed her a cup of tea. “You should be proud of yourself.”

Glenda picked up the paper. “I may never live this image down.” Her smile returned. “Mind you, they say there is no such thing as bad publicity.”

Uh-oh! Teddy recognised the expression stealing over Glenda’s face. “What are you planning now?”

“Well … a number of people have asked me to stand for the town council at the next election, running against Doug Welton.”

Teddy sighed. So much for a quiet life.

Footnote: After posting this story my Facebook feed flagged up this charity which aims to provide a safe and hygienic toilet facility to those in areas of desperate poverty. If you like my story, please consider helping out at: https://www.toilettwinning.org/