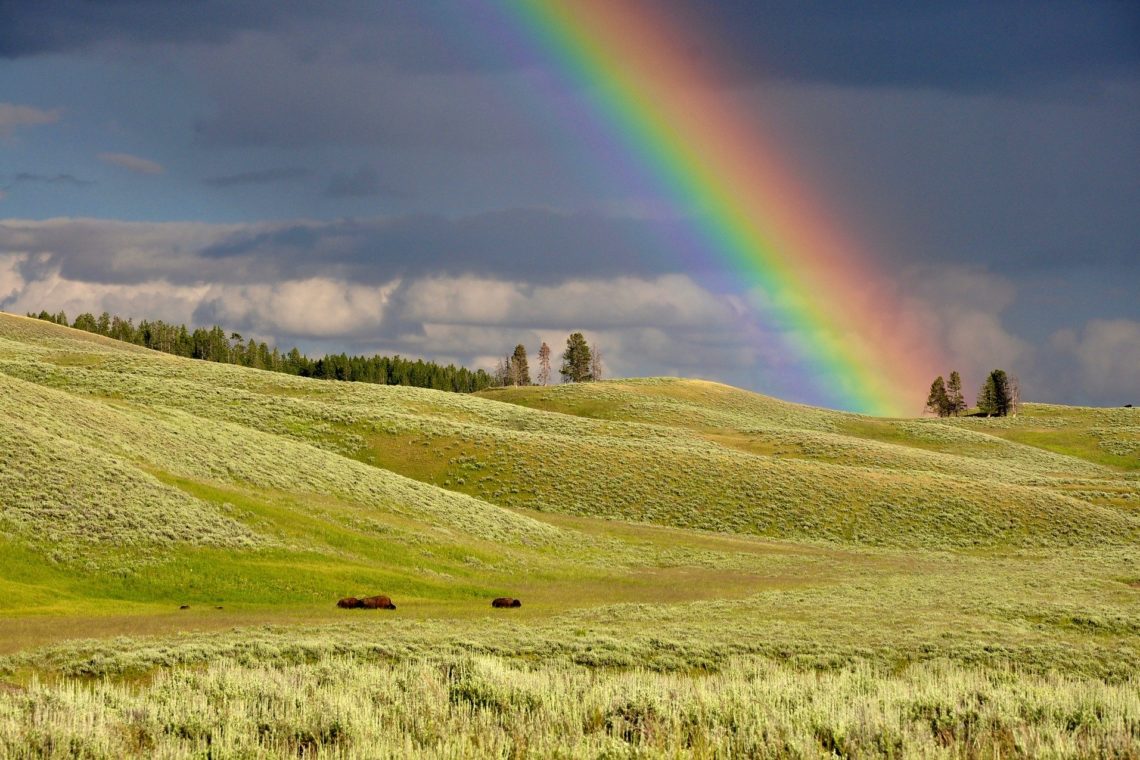 When the UK lock down began in March 2020, flash fiction challenges sprung up all over the place. Here is a piece I wrote during an online session with a couple of writing friends.

My best friend Annabelle introduced me to Find a Rainbow Day. We were nine, and I didn’t believe for one moment that it was an actual real thing. But when the weather generously obliged her by providing both rain and sunshine and then not just a single rainbow but the most spectacular double bow I was open to persuasion. Actually I was quite opened minded about a lot of things.

“Are you a witch?” I demanded of her.

She frowned and shook her head. “Of course not. What a strange thing to ask.”

I stared up at the rainbow. “Only a witch could conjure up something like that on demand.”

“I’ve never seen rainbows on April the third before.”

She laughed at that. “Maybe you did but you’ve forgotten. Or maybe you were walking round with your eyes shut all day. There are always rainbows.”

It was annoying, but she was right. Every year, on the third of April, I found myself spotting rainbows. Not always in the sky of course. One year it was a motif on someone’s sweater. Another year it was pair of ear rings dangling from a friend’s ears. As the years went on, it became easier to spot them. Rainbow flags started to spring up everywhere.

This year, though, there would not be any rainbows though. Friday 3rd April 2020. I’m self-isolating at home and I know I have nothing in the house remotely linked to rainbows. It’s not an intentional thing. I just don’t favour rainbows as interior décor. I wonder where Annabelle is. We lost touch in our twenties. Wow, so many years ago. Perhaps I should try to track her down. Say hello. Check she is okay in this crazy world. Yeah, I’ll do that. If only to tell her that Find a Rainbow Day failed me this year.

I get out of bed, and pull the curtains open. There, in the window of the house across the street, is a child’s drawing of a rainbow. I swear it wasn’t there yesterday. I laugh out loud. Damn it, Annabelle wins again. I wonder if I still have her phone number tucked away in an old style address book.