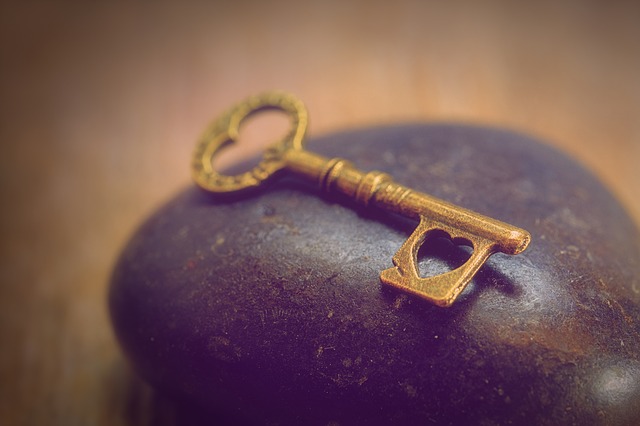 I visited Vilnius in Lithuania over the Easter weekend. The old town is crammed with churches of many different styles and affiliations. The main tourist drag is also home to a number of small market traders. This short story was written in response to a challenge using the prompt ‘Buy and Sell’, and hopefully captures something of the magic of this wonderful city.

Aushra had dreamed of being many things – a dancer, a painter, a wife, a mother. But here she was – a trader of small things – setting out her wares on a stall in front of the Russian Orthodox Church. Another long day stretched ahead. Another slow waltz with her uncertain destiny. Would she eat tonight? Time would tell.

It wasn’t a bad place to trade. Tourists would drift her way as they meandered from the cathedral to the Gates of Dawn, ticking off their to-do list of cultural experiences. She knew her stall mystified them. Most gave it a quick glance, then mentally dismissed it, moving swiftly on to the more familiar wares of her neighbours – hand-knitted gloves to her left, chips of amber set into jewellery to her right.  The unrelenting rejection did not concern Aushra. Tourists were waves on the shore – an ebb and flow that gave rhythm to the day but made no lasting impression.

She was also grateful for the church at her back. It provided a warm shelter when the bitter wind snarled at the city, driving everyone inside. And then there were the extremely unorthodox conversations she had with God inside its candlelit interior. If the priests knew of the things He whispered in her ears they would almost certainly expel her. But what did they really know of Him?

She turned her attention to the elderly gentleman who had been studying her wares for some time. She had learnt to be patient. He was one of the rare ones who heard the siren call of her goods. As with the others he had moved from stall to stall, passing her by at first but then returning to stand trance-like before her display.

Now his fingers brushed across several items: an ornate egg spoon, a thimble, a miniature book, a pair of baby’s bootees. Sometimes she would know which item was calling to her customer, but not always. Sometimes it would take time for the connection to be made.

She did know one thing with absolute certainty: there was always a story.

Finally he picked up a gilt-covered key that might once have fitted the clasp of a diary or perhaps the lock of a suitcase. He placed it in the palm of his left hand and sighed wearily.

‘A pretty trinket,’ Aushra commented as an image, birthed from secret whispers, formed in her mind. ‘It could perhaps be a charm on a bracelet. Maybe for your daughter?’

He blinked at her. ‘What makes you think I have a daughter?’

‘A hunch, nothing more.’ She had learnt the hard way to be economical with the truth.

His gaze returned to the key. ‘She travels. Sometimes she is gone so long I almost forget I am a father.’

‘The key reminds you of her. Perhaps you should buy it for that purpose.’

‘Perhaps. I worry for her, going from place to place, travelling light. She says she is gathering memories for her old age.’ He snorted. ‘I sent her with my blessing. Though it breaks my heart in my old age not to be part of her adventures.’

‘You think so? I fear few days remain for me.’

‘I know it.’ Aushra gave him a warm smile. ‘She holds the key to your heart, and you will not be released until she returns.’

‘You weave pretty words.’ He pushed his hand into pocket and pulled out a fistful of coins. ‘How much?’

‘I do not set prices. Pay what you feel it is worth.’

He studied the key for a long moment, and then handed over six euro coins.

‘You are a generous man.’

He shook his head. ‘The key is of little value I think, but your words … I suspect they are somehow edged with gold.’

She laughed lightly. ‘Edged with gold and birthed by rainbows?’

‘Are rainbows not symbols of promise?’

‘Yes, indeed.’ She grew serious again. ‘At least for those that believe.’

As dusk heralded the approaching night, Aushra padlocked the shutters of her stall. The coins from her day were a comforting weight in her pocket. She would eat well this evening. However, as she pondered the delights of potato pancakes with bacon, the light spilling from the church doors caught her attention. Another mass had ended and a handful of worshippers were departing. The sweet smell of incense drifted on the evening breeze.

Her stomach growled a protest as she headed into the church, but she ignored it. There was time enough to satisfy her natural appetite. A more pressing need demanded her attention.

Stepping into the dim interior she spent a precious euro on a votive candle. She barely glanced at the various portraits of saints and the ornate religious icons that filled the small church. It did not matter to her which of the many options she chose to place her lit candle. She had no interest in once-human saints. Her business was with a higher entity.

Lighting the candle she placed it rebelliously on the top step leading to the main alter.

‘For his daughter’, she prayed. ‘May she find her way home.’

She bowed her head, not expecting a reply, but enjoying the heavy silence of the thick-walled sanctuary after a day outdoors in the noise of the city. It was not until she turned to go that she heard the softest whisper of a reply.

‘You gave him hope as I asked. I will keep my promise.’

A lightness filled her heart – a rare sense of joy, of peace. She smiled as she stepped back into bustling urgency of the street, her thoughts returning to her evening meal.