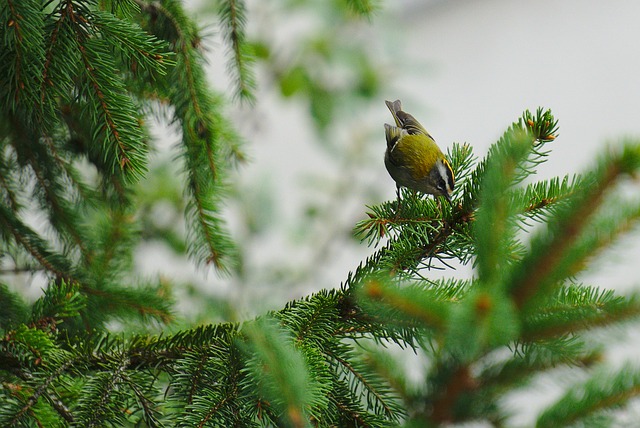 A bird in the bush is worth …

As I suspected the characters of Glenda and Teddy who introduced themselves to me in the short story ‘A very public inconvenience’ have taken on a life of their own. This story was also inspired by a story prompt: distinctive markings. I hope it brings a smile to your day.

A bird in the bush is worth…

“Why? What can you see?” Teddy took another sip of his tea, then carried the mug with him as he joined Glenda at the kitchen window. He peered through the glass, wondering if he was meant to be looking for the squirrel that had taken to digging holes in the lawn or the neighbourhood tomcat who constantly mistook the garden for a public convenience.

“There!” Glenda’s voice had become a conspiratorial whisper. “Behind the fence. Near the Californian Lilac.”

Teddy squinted in the direction of the bush with its vibrant cobalt blue flowers. “What am I looking for? I need to fetch my glasses.”

Glenda caught his arm, halting his movement as he turned away from the window. “He just moved!”

“The man crouched behind the fence.” She gasped. “He has a long lens camera trained on our bedroom window. Oh my! He’s either a burglar or a pervert. I’m calling the police!”

She let go of his arm and hurried across the kitchen. Her handbag was on a chair by the table. As she began to search its contents muttering that she could never find her mobile when she needed it, Teddy continued to stare out of the window.

A pervert? Watching their house? It seemed highly unlikely to him. A burglar was more likely but if that was the case clearly this particular criminal was rather short on intelligence. Teddy could see him quite clearly now. The intruder – which he definitely was because the land on the other side of the fence was technically part of their garden – was squatting somewhat awkwardly amongst the shrubs and trees. He was dressed in an olive green wax jacket and chocolate brown trousers. He looked like he belonged out on the moors of Yorkshire rather than the untamed edge of a suburban garden.

“Do you know where my mobile is?” Glenda demanded from behind him.

“In the lounge? You were arguing with Doug Welton about potholes on the high street last night. Remember?”

Glenda snorted at mention of her nemesis. “If I didn’t know better I’d think he sneaked out in the middle of the night and dug holes in the road just to have something to write to the local papers about.” She headed towards the lounge.

“Talking of sneaking around,” Teddy said, as the intruder moved position. “I don’t think our intruder is interested in the house. I think he’s photographing the holly bush.”

“The holly bush?” Glenda returned, mobile at the ready.

“Darling, I think you should hold off calling the police. I think we have a twitcher.”

“A twitcher. You know, a bird watcher.”

“Why would a bird watcher be interested in our garden? Can’t he watch sparrows and robins in the local park?

Moments later Glenda and Teddy completed the short walk from the front of their house, out of the close, and along the road to where their property backed onto the footpath. As they drew level with the man in the shrubbery, Glenda opened her mouth to speak but Teddy swiftly pressed a finger to her lips, gently silencing her. With a nod of his head he indicated his intention. Seconds later he was wriggling his way through the greenery.

The rustle of branches and leaves caught the attention of the twitcher. He twisted round, an anxious expression on his face that vanished as Teddy settled next to him.

“What can you see?” Teddy whispered.

The twitcher dug a pair of binoculars from a pocket and handed them over. “Firecrest. Feeding off insects on the holly bush.”

Teddy scanned the dark glossy leaves of the bush through the binoculars, wishing he’d got his glasses. He couldn’t see anything unusual. But then he spotted it: a small grey bird with a flash of orange on its head.

“Wow, I’ve never seen one of those before.”

“Incredibly rare,” the twitcher said reverently. “I caught a glimpse of one two years ago in Cornwall. Never seen one up this way before, and certainly didn’t expect to ever see one in a suburban garden. “I’m Geoff, by the way.”

“Teddy. And this is my wife Glenda,” he added as she finally made it through the foliage. He handed the binoculars to her. “It’s a Firecrest.”

Geoff helped her to train the glasses on the bird.

“Pretty and extremely rare,” Geoff said. He nodded at the mobile phone in Glenda’s hand. “Which app? Or is it out on Twitter already?

“You got here really fast. I wondered if someone has reported a sighting on the internet.”

“Oh, I see.” Glenda smiled. “It would be rather apt for it to be on Twitter, wouldn’t it? But no. This is our garden. And this is our land. We thought you were a burglar – casing the joint.”

“Oh.” Embarrassment flushed Geoff’s face. “Sorry, I assumed this was public land. It is on the other side of your fence.”

“A long story,” Glenda said, with a dismissive wave. “So is it likely others are going to turn up to see our feathered friend.”

Glenda’s gaze shifted to the camera on its tripod. “You have photographs.”

She smiled. Teddy gave Geoff a gentle nudge. “Be afraid,” he said. “When my wife smiles like that you can be sure she is coming up with a scheme of some sort.”

Glenda winked at him. “I need to call my hairdresser.”

“Hairdresser?” Geoff asked as she pushed her way back towards the road.

“Best not to ask,” Teddy replied, focusing back on the Firecrest.

A week later, Teddy sat at the kitchen table with the latest edition of the local newspaper. He smiled as he studied the front page. In pride of place was a colour photograph of Glenda, next to a photograph of the Firecrest. The headline read:

The bright orange stripe on the Firecrest’s head had been brilliantly captured by Geoff’s photograph. And the colour was perfectly matched by the stripe of orange in Glenda’s newly dyed hair. The accompanying article described the excitement that the sighting of the rare bird had brought to Lower Wappington. At least 30 twitchers had arrived in the space of 24 hours, and even the BBC turned up with television cameras, although by the time they arrived the Firecrest had departed, no doubt for more peaceful terrain.

“Ah, here is the new darling of the birdworld,” Teddy said as Glenda joined him. “What are your plans for the day?”

She smiled gratefully as she took the mug of tea he offered her.

“The first of the new nesting boxes are being put up in the park this morning. And later this afternoon two owl boxes are being installed in the woodland near Church Farm.”

“More photographs and publicity? Are you tempted to keep the orange?”

She ran her fingers through her brightly coloured hair. “No, I don’t think Firecrest is my long-term look.” She smiled and then casually added, “I’m thinking perhaps Peacock Blue.”

Leave a Reply to Sharon Clark or Cancel Reply